Criticism of Bishops and Priests

A recent article in HPR:

The Danger of Criticizing
Bishops and Priests

discusses the dangers to us of gossiping about men in holy orders. It is a good article, but I also think it is incomplete. To illustrate my point, consider the following example:

I like to catch bull snakes. They are mean, hiss, sometimes bite, but are harmless.

Now, suppose if I went to India, and decided to catch this dude, 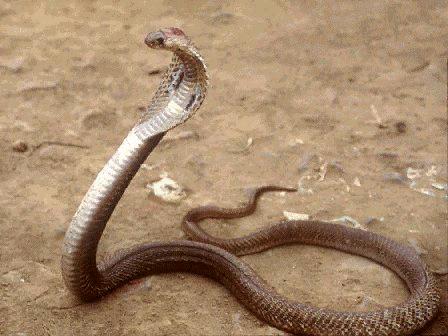 and you did not warn me, would not you have been deficient in you duty both to truth and charity?

Certainly there is a difference between gossip and detraction, and the necessity of truth and charity. Not an easy minefield to walk in. St. Francis de Sales wrote about this and here is what he had to say...

Public, notorious sinners may be spoken of freely, provided always even then that a spirit of charity and compassion prevail, and that you do not speak of them with arrogance or presumption, or as though you took pleasure in the fall of others. To do this is the sure sign of a mean ungenerous mind. And, of course, you must speak freely in condemnation of the professed enemies of God and His Church, heretics and schismatics, it is true charity to point out the wolf wheresoever he creeps in among the flock. Most people permit themselves absolute latitude in criticising and censuring rulers, and in calumniating nationalities, according to their own opinions and likings. But do you avoid this fault; it is displeasing to God, and is liable to lead you into disputes and quarrels. When you hear evil of any one, cast any doubt you fairly can upon the accusation; or if that is impossible, make any available excuse for the culprit; and where even that may not be, be yet pitiful and compassionate, and remind those with whom you are speaking that such as stand upright do so solely through God's Grace. Do your best kindly to check the scandal-bearer, and if you know anything favourable to the person criticised, take pains to mention it.

Anita (V-For Victory) pointed out to me two things: First, the author of the article in HPR give as example, the witness of Jesus' criticism of those in authority in His time! Pretty mixed message in that! Second, this is the basis of public registration of sex offenders; the goal and aim of which is not the detraction of the offender, but the protection of the innocent.
Posted by Mark at 12:49 PM