I've returned from almost a week in Albuquerque New Mexico(*); I went to spend the first anniversary of my dad's passing (Feb 20) with my step mother, Sherry. We did many of the things that we have all done together before as a way to celebrate dad's life. A visit to the Albuquerque bio-park was delightful. 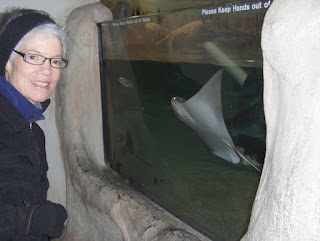 Given that Sherry is a retired attorney, it was hard to resist the urge to make lawyer jokes when I found this fellow... 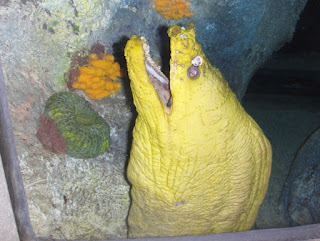 I managed without falling four flight segments, visiting the biopark, a bird refuge (thousands of sandhill cranes and snow geese), two potlucks, two excellent dinners out (Indian and Italian), and mass at the Dominican Newman Center (only three blocks from folk's home, and I'd never been to mass there). All that, no falls, so what do I do? fall in my own bedroom the day I get home! sheesh... at least, nothing injured other than pride!

Anyway, I just thought those of you who have met Sherry would appreciate that she is doing well, and sends warmest greetings to all the Idaho Dominicans.