Last night I heard a Catholic Answers program caller, Gene Fadness of Boise, ask regarding the HHS mandate controversy, about the claim from the opposition that "28 states already require comparable coverage" - implying, without saying, that thereby the Bishop's opposition is not reasonable because they have already folded in a significant number of states.

The Bishops have refuted this and other claims. From the Turtle Bay and Beyond blog, comes this synopsis of just this one argument:

Claim: “Over half of Americans already live in the 28 States that require insurance companies cover contraception: Several of these States like North Carolina, New York, and California have identical religious employer exemptions. Some States like Colorado, Georgia and Wisconsin have no exemption at all.”


Response: This misleads by ignoring important facts, and some of it is simply false. All the state mandates, even those without religious exemptions, may be avoided by self-insuring prescription drug coverage, by dropping that particular coverage altogether, or by taking refuge in a federal law that pre-empts any state mandates (ERISA).None of these havens is available under the federal mandate.It is also false to claim that North Carolina has an identical exemption.It is broader:It does not require a religious organization to serve primarily people of its own faith, or to fulfill the federal rule’s narrow tax code criterion.Moreover, the North Carolina law, unlike the federal mandate, completely excludes abortifacient drugs like Ella and RU-486 as well as “emergency contraceptives” like Preven.

Read the USCCB article to get a blow by blow refutation of the half-truths put forth by the Administration.
White House Misrepresents Its Own Contraceptive Mandate

The Administration, in keeping with a long Federal tradition, has a deeply flawed vision of humanity... 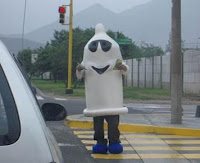