the following quote is from the Holy Father, addressing questions from priests on May 10 before the closing of the year of the priest. The following excerpt is from a question pertaining to theological formation in seminary; or perhaps I should say "deformation." From the article: The Pope "Rethinks" Clerical Celibacy. In Order to Reinforce It as reported by Sandro Magister at Chiesa Online.

And I would say to theologians in general: "Do not be afraid of this phantasm of the scientific!" I have been following theology since 1946; I began to study theology in January of 1946, and so I have seen almost three generations of theologians, and I can say: the hypotheses that at that time and then in the 1960's and '80's were the most new, absolutely scientific, absolutely almost dogmatic, in the meantime have become outdated and no longer apply! Many of them appear almost ridiculous. So have the courage to resist what is apparently scientific, not to submit to all the hypotheses of the moment, but really to think on the basis of the great faith of the Church, which is present in all times and gives us access to the truth. Above all, also, do not think that positivistic reason, which excludes the transcendent – which cannot be accessible – is true reason! This weak form of reason, which presents only things that can be experienced, is really an insufficient reason. We theologians must use the greater form of reason, which is open to the greatness of God. We must have the courage to go beyond positivism to the question of the roots of being.

This seems of great importance to me. So, it is necessary to have the courage for grand, broad reason, to have the humility not to submit to all the hypotheses of the moment, to live by the great faith of the Church of all times. There is no majority versus the majority of the saints: the true majority is the saints in the Church, and we must orient ourselves by the saints!

The world's notion of being 'open minded' is just the opposite; the trite saying "A mind is like a parachute, it doesn't work unless it's open" summarizes it. Some of you know my thoughts in that regard, which can be summarized by "an open mind (in the world's sense) is not like a parachute, but more like an unlocked one of these..." 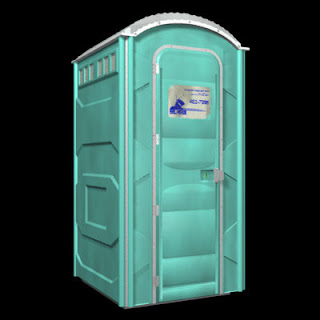 yeah. it gets full of unpleasant stuff.
Posted by Mark at 2:55 PM