And the two shall be one flesh

My trip to Germany, Lourdes, and London started with the invitation to serve as best man at the wedding of Lt. Col. Paul O'Leary OPL and Alane Cleven. The wedding took place on Ascension Thursday in the chapel at Patch Barracks, Stuttgart Germany. I introduce to you Mr. and Mrs Paul O'Leary. What God has joined together, let no man put asunder. 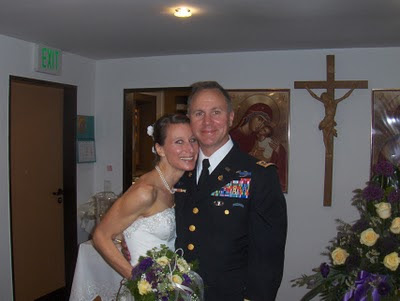 Fr. Stanley was the priest celebrant of the marriage; 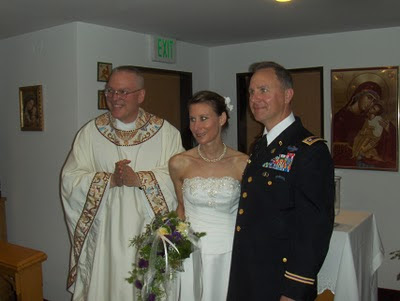 but because he was 45 minutes late (due to being stuck in an elevator) Paul asked for 20 pushups in reparation. Apparently, even jokes are serious in the military! 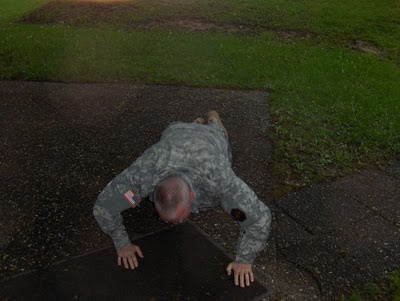 "For this reason a man shall leave (his) father and (his) mother and be joined to his wife, and the two shall become one flesh." This is a great mystery, but I speak in reference to Christ and the church (Eph 5:31-32)

Today is Corpus Christi; we celebrate the presence of Christ in the most Blessed Sarament of the Altar, the Eucharist. Christ has never left us, as he promised.

The higher converts the lower into itself.

Now since the eucharist is Jesus Christ, body, blood, soul, and divinity, nature is not offended in that the higher still converts the lower into itself, the eucharist converts man into a part of the body of Christ.

Two thousand years ago God became incarnate in a single individual, Jesus Christ who walked among men and was rejected by the majority of men. Today and till the end of time He has chosen to be incarnated through His mystical body the Church; and in this body He continues to live out his life as chronicled in the pages of Scripture; growing in stature and wisdom, healing the sick, teaching the doubtful, scorned and rejected, and finally betrayed by men, crucified and burried, only to rise from the dead.
Posted by Mark at 1:29 PM