a Catalan language newspaper in Spain is reporting that police in Honduras have seized 45 computers from Zelaya's Presidential House that contain pre-programmed referendum results. The computers were programmed to indicate that by an 80-20 percent margin, Hondurans favored calling a convention to amend their constitution to allow Zelaya a second term as President.

The National Directors of Criminal Investigation seized various computers from the Presidential Palace that had recorded the supposed results of the referendum to reform the constitution that the deposed leader, Manuel Zelaya, was planning to conduct on July 28, the day he was removed from office.

The official investigation now deals with the possible crime of fraud and falsification of documents due to the fact that some of the certified voting results had been filled with the personal information of individuals that supposedly participated in the failed referendum that did not take place because of the coup.

One of the district attorneys that participated in the operation that took place this Friday showed reporters an official voting result from the Technical Institute Luis Bogran, of Tegucigalpa, in which the specific number of people that participated in table 345, where there were 550 ballots, 450 of which were votes in favor of Zelaya's proposal and 30 were against, in addition to 20 blank ballots and 30 ballots, which were nullified.

The seizure took place on the third floor of the building attached to the Ministry of the Presidency that had been rented to the ex-minister of the Interior, Enrique Flores Lanza. The deputy district attorney, Roberto Ramirez, declared this area as a "crime scene" and, although he did not want to provide further details, said that further evidence had been found that could be categorized as crimes of fraud, embezzlement of funds, falsification of documents, and abuse of authority.

So far it appears only USA Today has picked this up in the US press, but one wonders why a near world-wide news blackout on this?

Honduras: computers seized with 'election results' pre-loaded Tegucigalpa -- The National Direction of Criminal Investigation confiscated computers in the Presidential House in which were registered the supposed results of the referendum on the reform of the Constitution that was planned by former President

More corruption: The ballot counts are in! (La Gringa's Blogicito) 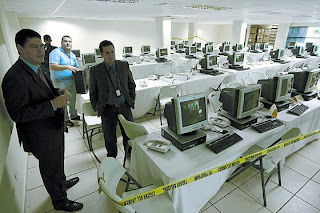 "You won't be surprised to learn that Zelaya's proposal won heartily with approximately 80% affirmative votes."

I enjoyed this comment on a liberal forum and asked the author to let me share it with you:


How did defending Zelaya become an important aspect of being on the American left? None of us had ever heard of Zelaya last week. Does a couple days of defending Zelaya mean a left person must defend Zelaya forever? irregardless of the emerging evidence of his guilt? Are you guys so threatened, so fragile, so insecure, that you cannot change an opinion you just formed on Monday? Can you not be flexible as damning evidence appears? Are you that brittle? that fixated? that much in denial? Come ON! COME ON! Think like a shrewd human being, and not like a petulant child. The evidence of Zeyala’s guilt is plain to see, for those who have eyes. Come ON!

And, for goodness sake: think, for once, of the Honduran people. Do you want the people living under the thumb of Zelaya? as the Venezuelan people live under the thumb of Chavez? Standing up for the Honduran Government is standing up for the rule of law, for human rights, for freedom and democracy for the Honduran people. Come ON! Are you more interested in pounding the American right with false charges about spin; or are you more interested in standing for what is right, and in standing for human beings in Honduras whose freedom is imperiled? 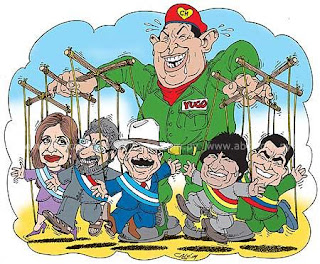 further links to the constitional events unfolding are here: Pray for Honduras 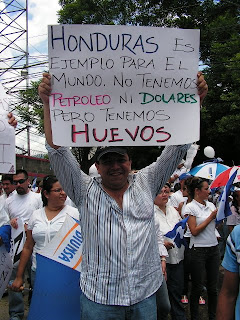 "Honduras is an example for the world.
We don't have oil nor dollars,
but we have balls!