Today general elections are being held in Honduras, representing the triumph of constitutional law and democracy over the ambitions of tyrants, and the pressure from international organizations which have long abandoned democratic principles. This included the US for most of the crisis in Honduras, but enough truth has filtered through that the US has agreed to recognize the outcome of elections. Were it not for American expats writting from Honduras, we would be completely in the dark as to what has really been happening there. The article that follows is an example of the abdication of truth by many US news outlets; and this has been the rule, the notable exception has been the column of Mary O'Grady in the Wall Street Journal, and scattered newspapers.

From La Gringa's Blogicito, this election eve analysis of news in the US:

Where does the news come from? 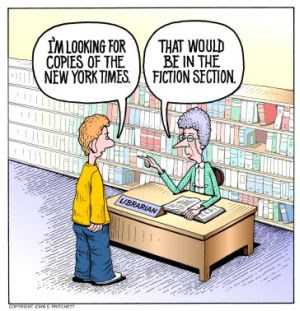 Reader Roy, who I believe is from Venezuela, left this very interesting comment documenting media manipulation and the 'Chávez Media Machine'. It is a perfect example of how you need to you know who wrote your news and where it came from.

Here is another example of media manipulation...

You can find it in this link (currently second from the top) on the Yahoo News search for "Elections Honduras":

You will see that their business is not reporting news, but in collecting "news" from other organizations and selling the "feed" to other media sources. Following is a quote from their web page: "Leverage our experienced, Washington, D.C.-based Public Interest editorial team that specializes in handling news copy from nonprofit, government, association, advocacy and other Public Interest newsmakers worldwide."

Now, let us look at the original source of the article from the CDA. Go to:

When you look at and read their website, it is an extremely biased mouthpiece for ALBA, Chavez, and his regional political agenda. Note the following quote: "The Center for Democracy in the Americas has country programs for Cuba, Venezuela, and Chile. But its work embraces issues facing U.S. policy toward the region more broadly.

THIS is the original source of what appears to be a legitimate news article published by Yahoo. This is the power of the Chavez Media Machine. It can utilize the mechanisms of the media business to create such an avalanche of "news" and opinion favorable to his agenda that people read it and simply assume that since "everyone" thinks that way, they should as well. This is a highly advanced version of Goebbels "Big Lie" propaganda tool.

I know that some may think that we are conspiracy theorists and that the news that they read is 'pure' and that CNN is (as they tell us) the most unbiased place to get your news. I think that most who have been in Honduras or have contacts here on the ground have had their beliefs about the media rocked to core. We've not only seen the bias or spin in major media sources but we've seen outright false information reported as fact.

Part of the misinformation may be laziness and the fact that initially and through much of the past 5 months, most news sources did not have anyone on the ground here in Honduras. CNN (Español) cannot claim that excuse as they did have someone on the ground − interestingly a reporter with Sandista and Daniel Ortega ties. Most of the other Honduran coverage came from Telesur, a Venezuelan television station completely controlled by Hugo Chávez. Telesur was caught staging a video of "military repression". CNN did their share of staging and misrepresenting protests, including not covering the much larger pro-government protests.

People need to know where their news is coming from to understand what is going on. I've looked up some of the AP and Reuters "journalists" and in some cases found that they have written other strongly pro-Chavez articles. I've written articles dissecting Ginger Thompson's NY Times articles and the some of the information that she has written was just false, even if you disregard her personal spin. Let me add that I had nothing against the author or the NY Times. It is just one example of many. It is scary and those who believe that we are conspiracy theorists are naive.