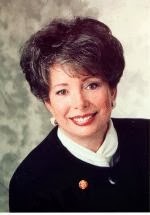 My mother-in-law, Helen Chenoweth-Hage, died on October 2, 2006, seven years to the day--in a car accident just four months after her husband died of cancer on June 5, 2006.  She was ever gracious and kind to all she met especially her family and friends.  She is sorely missed.  I continue daily to pray for the repose of her soul, for her family, and for the principles and heritage that she passed on to so many.  Many remember her as an effective, articulate, truthful, and affable member of Congress from Idaho's First Congressional District.  Others know her from years before her service in Congress for her effective principled political work behind the scenes in Idaho.
She had faith in Jesus Christ.  She had faith in Idaho's people and she acted on that faith before, during and after her six year tenure as Idaho's congresswoman.  When she was first elected in 1994, I gave her a copy of the Summa Theologica, translated by the English Friars.  It is a comprehensive edition setting out St. Thomas Aquina's conclusions as to each question.  She read it before she was sworn into Congress.  She often raised St. Thomas' many points-of-view from the Summa.  Dare I say she was a Thomist at heart.

She was able to embrace intellectually the points made by St. Thomas yet she was not a Catholic.  She stood like a pillar on the standards of law and politics that have made this Nation great.  She would have gladly given her life for those principles.  She embraced life with joy, difficulties and stress with grace, and her family and friends with love. 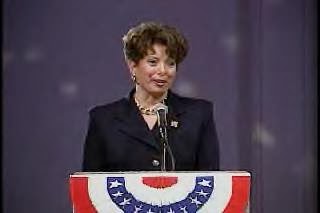