Back from trip... Sort of

From ages 3 to 17 I lived within 50 miles of San Francisco, yet I never lost my heart there. Ireland? Well, that's another story.  How to return from a place like Ireland? In the picture below is Slea Head, which is on the Dingle Peninsula, one of the western most points in south west Ireland, we find the North Atlantic greeted by: 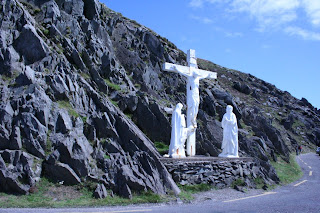 And, as it turns out, the North Atlantic which comes here is mild, bringing the Gulf Current from Florida, with mild weather capable of supporting palm trees, and a lovely October day on the beach at Inch. 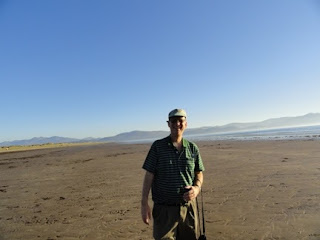 In Dingle we stayed at the delightful Murphy's pub/B&B; a nice quiet family dorm room en suite (as they call it when you have a private bath), and a lively pub with excellent food and plenty of "Guiness, for strength" as well as Murphy's and Smithicks; fine brews which did not seem to upset the stomach like the sludge we have in the states. 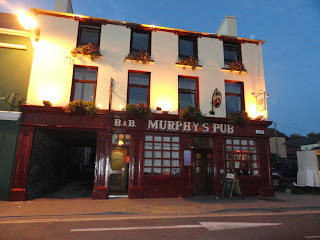 Then how to describe the "new" (1829) St Finbarr parish church in Bantry, in West Cork? 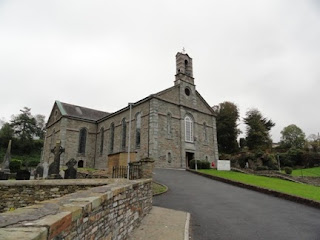 What a lovely Church! 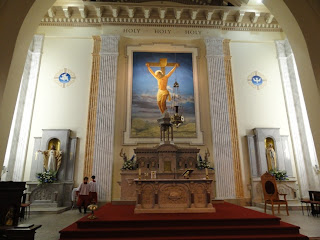 And contrary to all the reports of empty churches in Europe, it was full on Sunday morning. St Finbarr was an early Christian in Ireland, and the founder of the city of Cork in the 7th century.  Here is his original 7th century monastic establishment in West Cork (the openings are the cells). 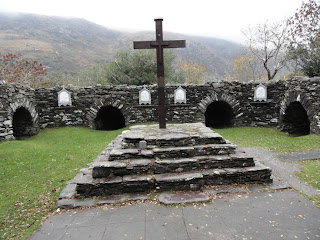 While dad was in another reality, with the kids he of course enjoyed the food, the people, and the hospitality of the Irish pubs... 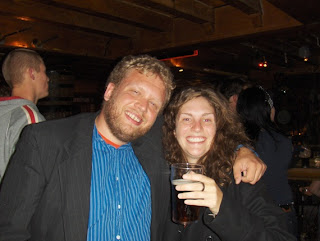 ...and Octoberfest. Did I mention Octoberfest? Oh yeah, Germany too... I will continue later...
Posted by Mark at 10:20 AM